Introduction: Many rivers in Western Greenland have unbelievable runs of the amazingly strong Arctic Char. Our river, 70 km south-east from Maniitsoq is presumably one of Greenland’s best Arctic Char rivers. The Char are between 4 and 10-11 lbs. Even if there are often thousands of them in sight they sometimes can drive you crazy when at certain periods they decide not to take anything at all. A spin fisher(wo)man however can catch > 70 fish a day, whereas a persisting fly fisher(wo) man should have between 10-50 a day. What makes this place to an eldorado is the possibility to fish also in the river mouth as well by motorboat in the fjord. Halibut, Catfish and hundreds of big Cod in just a few hours. Add the fact that our guide is also a hunter and fills up the menu with some fresh reindeer meat, that at the end of August there is less nuisance of mosquito at day time and there is Polar Light almost every night and its obvious why we are so eager to come back again.

The River: One word: Beauty! Around 5 km upstream from the Camp is an impassable water fall. The first pool below is some 40 m wide and full of fish which continuously try to jump over the falls. From this pool a short current turns down into the next fall followed by an even bigger and longer pool. Some 200 m further down the river winds in 2 branches over a distance of some 700 m into the first big lake. This is a favourite fishing spot for those that want to obtain record catches. Some 700 m further down the lake slowly turns back into a smooth current, again one of the hotspots. After that it is calm for about 1 km and then finally in a series of rapids it ends up in the fjord 1 km further down. The river is on many places 25 -30 m wide and of course, crystal clear. The distance from the fjord to the waterfall is about 6 km and stiff walking takes about 1 1/2 hour from the camp. While walking alongside the river’s crystal clear waters it’s easy to spot the arctic chars. The closest pool is about 15 min. walk.

The Fjord: During our very successful 2015 August trips we also had a 14 ft rowing boat with a 5 hp engine at the river mouth at our disposal. Even our confirmed Fly fishermen couldn’t refuse to make a saltwater trip to experience the unbelievable fish richness of the area. Great catches of Halibut, Catfish and numerous Cod were guaranteed.

The Fishing: For the arctic char an 8-9 ft 6-7 wt rod works fine. A floating line and an intermediate, preferably, transparent line, with a selection of nymphs, sea trout flies and small gray-brown-white streamers will do the job. For the Fjord fishing a light boat rod with jig, spoon or bait will work well. The system accommodates two types of Arctic Char. Some char remain in the fjords close to the river and feed with crustaceans, other go further out into the Ocean and feed mainly of fish. The first kind is a bit smaller but has lovely deep red meat inside whereas the latter is bigger but has pale pink meat inside. Every tide brings in some new fish, most of them have a few Sea lice and are absolutely silver coloured but after some time in the river their colour changes into a fantastic orange colour. These fish cannot withstand orange flies.

The Camp: The camp is positioned 200 m away from the river mouth on a plateau 20 m above sea level. It consists out of 2 wooden cabins with 4 sleeps each, a large wooden cabin serving as kitchen and restaurant including 1 more sleeping place (for the snoring one), one small cabin for the camp guide and a very clean outdoor toilet. Heating takes place with petrol stove, there is solar energy for electricity and thus charging batteries and a gas oven for cooking and baking fresh bread. A shower is under construction. Low water gives opportunity to pick delicious mussels and the whole area is literally covered with very tasteful blueberries.

Logistics: On the first day people gather in Copenhagen, where we visit the Go Hotel. The next morning at 0900 Air Greenland will fly us to Kangerlussuaq and further to picturesque Maniitsoq with arrival at 1450. After shopping we will go aboard of the boat that will bring us in 1 h 10 min to the camp. On our way we will most likely meet some Hump Back whales. After installing in the camp there will be a few hours left for fishing. After 7 camp nights we will return to Maniitsoq and have a night rest in a 4* hotel including dinner and breakfast. The next morning at 0825 the return flights start with an arrival at 2000 in Copenhagen, followed by another Go Hotel night and return flight to your European city the next morning. 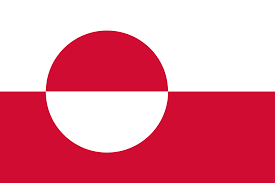